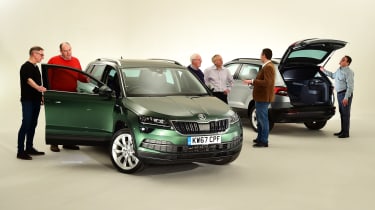 The Karoq is an all-new model for Skoda, but it has some big, Yeti-shaped boots to fill. As Skoda’s first-ever SUV, the Yeti developed a loyal band of followers, and quickly became a favourite in our Driver Power surveys.

It topped our satisfaction poll overall in 2012, 2013 and 2014, then returned to take the crown in our first Driver Power used car survey last year. Despite its age, it’s clearly lost none of the star qualities that first helped it to make an impact.

As the Yeti’s replacement, the Karoq carries over some of these qualities. For starters, it’s practical, but there’s now a bigger boot due to the new SUV’s longer and wider body. There’s also more kit than before – including an LED flashlight stored in the boot, standard tray tables and a new infotainment system. 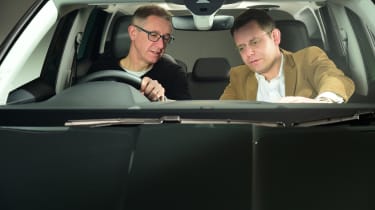 And while the Karoq also gets the VW Group’s latest 1.5-litre petrol TSI engine, the big question is how it rates in the eyes of existing Yeti owners.

To find out, we brought two Karoqs – one in base SE trim and the other in range-topping Edition spec – to a studio in Banbury, Oxon, and invited along some Auto Express readers for a closer look. Each reader had recently voted for the Yeti in our Driver Power survey, and been full of praise for their car. So of course we were keen to find out what they thought of the eagerly anticipated replacement model from Skoda.

We handed them the keys to both Karoqs and let them inspect every nook and cranny of the new model, testing the infotainment and technology on board as well. 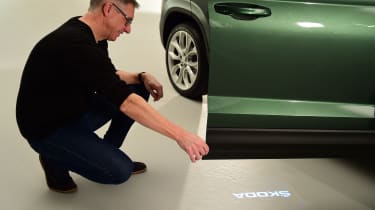 While there were a couple of comments about the Karoq looking very different to the Yeti, there were no complaints from any of our readers about its spaciousness, nor the quality and equipment on show inside. So read on to find out in detail what our five Yeti owners thought about the new Karoq...

67, retired, from Royston, Herts. Has owned his Yeti for six years 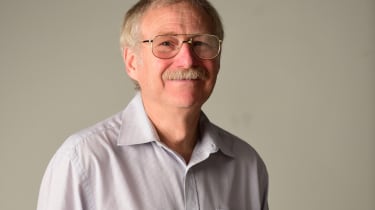 “The Yeti’s styling drew me to it initially,” explained Graham. “It’s also a very comfortable car, and my model has leather seats, which I’ve become used to. But I’ve still been waiting for the Karoq to come along, reading reviews keenly.”

Having had a look round, he was impressed, telling us: “The infotainment screen looks hi-tech and is better-placed than my Yeti’s. The Edition model’s leather seats are really comfortable, and the instrument binnacle is clearer, plus the parcel shelf is neatly integrated.” Graham also felt all-round visibility was good, even though the Karoq doesn’t have the Yeti’s tall rear window.

He concluded: “I just hope Skoda makes a 4WD petrol version, as I tow gliders regularly with my Yeti 4x4. Having said that, the Karoq is definitely on my shopping list.”

73, retired fire officer from Wednesbury, W Mids. Has owned his Yeti for 18 months 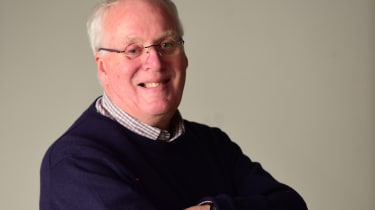 “I was drawn to the Yeti because the reviews were so strong,” said Michael. “But having seen the Karoq up close, I’d definitely consider one.”

He told us he’d like to test drive the 1.0-litre petrol model, and the “excellent, spacious interior” impressed Michael as well. He added: “While it doesn’t look quite as distinctive as the Yeti on the outside, I’ll definitely be considering a Karoq when I change cars at the end of next year.”

Which spec would he go for, though? “The SE doesn’t have all the kit I need, and the Edition probably has more than I want; SE L seems the right balance,” he said.

“I like how you can add almost any option individually, too, rather than having to buy packs. The grandkids would love the Skoda logo that projects on the floor from under the doors. I’d be a cool granddad if I got that!”

55, vicar from Liss, Hampshire. Has owned his Yeti for six years 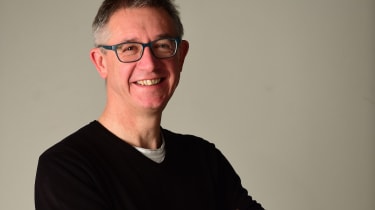 Chris definitely sees himself as a Yeti fan. “I’m so happy with mine I’ll run it into the ground!” he told us. “I do feel the Karoq has lost some of the Yeti’s distinctiveness, but it would still be on my shopping list. I love the Emerald Green of the Edition model, though. It’d persuade me to go for something other than grey!”

Chris described the 19-inch wheels (standard on the Edition) as “fantastic”, adding: “The Edition has just enough bling to set it apart, without looking gaudy. The VarioFlex seats are also really useful. I’ve got them in my Yeti, so I’m glad they’ve been carried over.” 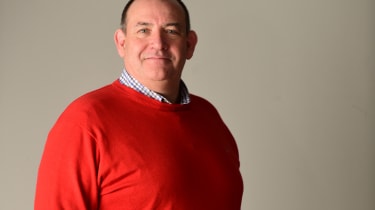 Peter admitted being drawn to the quirky looks when the Yeti came out. “There was nothing else like it,” he told us. “But after two Yetis in five years I fancied a change, and now have a Renault Kadjar. I miss elements of the Skoda, though: the overall quality, and the sensible interior layout in particular.”

He was clearly impressed after looking around the Karoq. “It’s a more mature design than the Yeti,” Peter explained, “and when you look at how much car you get for your money it’s really appealing, and seems like a very competent package.

“It also feels very comfortable inside. You sit high up, which is good for visibility, plus it feels solid. It’s more up to date inside compared to the Yeti, but it’s reassuringly familiar. The infotainment system is a really neat bit of kit, too.”

60, automotive engineer from Alton, Hants. Has owned his Yeti for two years 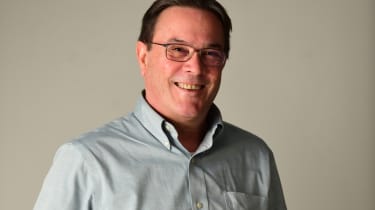 David has been a Yeti owner for two years and likes its tall ride height. “The Karoq seems even higher, so that’s good,” he told us. “It also feels more comfortable, and is a big improvement over the Yeti in terms of interior design and quality, while the boot is much bigger.

“The storage area by the driver’s knee and waste bin in the door pocket are really neat touches, plus it was easy to sync my phone with the infotainment via Apple CarPlay. It’s classy, too – the styling is up there.”

David is due to change cars in October, and he added: “If I can get an Edition, I think I’m sold.”