The new BMW M340i xDrive is the warm up act for the next M3, and will go on sale in the summer with all-wheel-drive 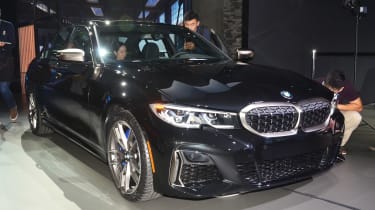 BMW is warming up for the reveal of the new M3 next year with the first performance variant of the latest 3 Series – the M340i xDrive, which made its full debut at the 2018 Los Angeles Motor Show.

On sale in Europe next July, the M340i xDrive gets a developed version of BMW’s 3.0-litre turbocharged straight-six engine. Power increases by 47bhp compared to the previous generation 340i, up to 369bhp, while torque rises 50Nm to 500Nm.

BMW says it has achieved this through a number of changes to the unit, such as redeveloped turbochargers and higher pressure fuel injectors than before. 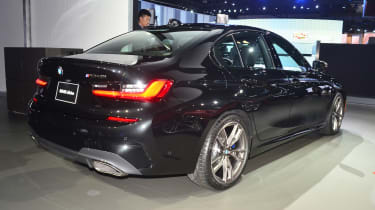 It means that 0-62mph drops to 4.4 seconds, while fuel economy and CO2 stand at 37.6mpg and 172g/km. Those are figures obtained through WLTP testing, but estimated back to be representative of NEDC figures.

More importantly, power is now sent to an xDrive all-wheel-drive system through an eight speed gearbox, rather than to the rear wheels exclusively. As ever, BMW claims that the system is still rear biased, particularly in the Sport and Sport+ drive modes the car supports. The M340i xDrive is also equipped with an M Sport rear locking differential, a launch control function and a valve-controlled sports exhaust system. 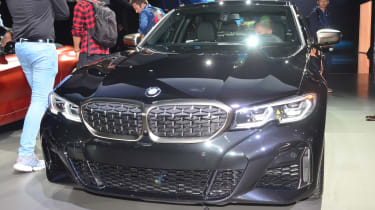 The new model also arrives with some design and trim tweaks. It gets a more aggressive looking bodykit compared to the standard 3 Series, plus a more intricate grille with a new mesh design, a new lip spoiler on the boot lid and angular exhaust tips. 18-inch alloy wheels are standard, with 19-inch wheels optional. Final UK spec has not yet been outlined, however.

Inside, sports seats are found, plus an M-specific interior upholstery combining Sensatec leather with Alcantara and an M Sport steering wheel. Prices should start from around £49,000 when it goes on sale next summer. 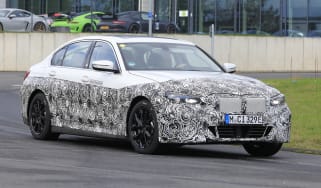