Everything you need to know about Audi's approved used scheme 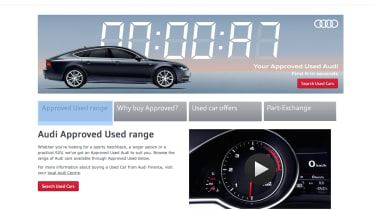 Audi claims it will sell you a car that’s up to eight years old and has covered up to 100,000 miles through its approved used scheme. However, when we looked at the thousands of models on offer at dealers nationwide, the oldest we could find was from 2009 (an A4) while the cheapest was a 2010 A3 with 40,000 miles on the clock, priced at £8,000.

Buy an approved used Audi and your car will have been put through a 145-point inspection before delivery, along with a full road test to ensure it drives as it should. Performed independently, this produces a certificate that confirms the car is free of finance, has never been stolen or written off and that the mileage is genuine. Key insurance gives buyers a replacement key or locks if the key(s) provided are lost or stolen. The 12-month warranty that comes with all approved used Audis covers “all major mechanical and electrical systems” – although Audi doesn’t elaborate on this.