Japan has produced some of the finest performance cars of all time. But which one is truly the greatest? We round up the contenders 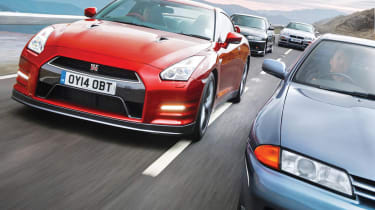 With Honda’s impressive-sounding Civic Type-R making a comeback along side the hybrid supercar NSX, a new back-to-basics Mazda MX-5 on the market and Toyota’s GT86 defining its own segment, the Japanese performance car is back. Not that it ever truly went away.

It’s fair to say that the 1990s was a golden decade for Japan’s performance sector. Cars like the Nissan Skyline GT-R and Toyota Supra boasted huge unofficial power outputs, while the original NSX proved that supercars could in fact be entirely usable and reliable. But which one is the greatest?

The contenders (in no particular order…) 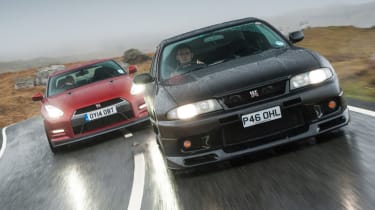 From the truly groundbreaking R32 to today’s R35, every single GT-R-badged Nissan deserves its place in this list. From an engineering point of view, they’re magnificent. The motorsport-derived all-wheel drive system, dubbed ATTESA (Advanced Total Traction Engineering System for All-Terrain), uses computers and sensors to work out what the car is doing, and gave the Skyline some particularly special abilities – famously causing some rivalry at the Nurburgring with a few disgruntled Porsche engineers…

The latest R35 GT-R, for the first time a stand-alone model, grew in size, complexity and ultimately speed. It’s still one of the fastest cars you can buy in standard form, at a price that European manufacturers struggle to match, while the tuning scene that made earlier Skylines so popular is still alive and well. 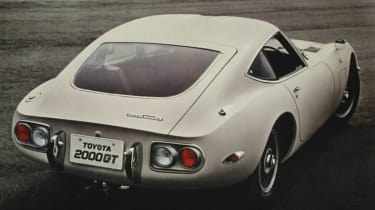 The astronomical prices (upwards of £800,000) are not without reason. Toyota’s 2000GT might have been a homage to Europe’s greatest sports cars, but this tiny two-seater is beautiful in its own right, and with tiny numbers built is extremely desirable. 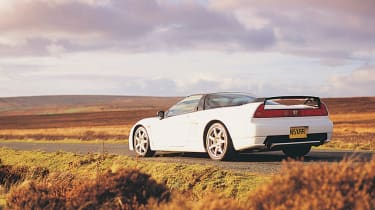 A mid-engined sports car from Honda was always going to be special, but the NSX went above and beyond. Honda managed to convince Ayrton Senna, who was at the time driving for McLaren Honda, to assess a late-stage prototype. Honda took what he said onboard, and when the NSX went on sale in 1990, it was a hugely polished and capable machine.

Throughout the car’s 15-year production run, Honda didn’t leave it alone, and continued to develop the NSX. Later cars, especially the uber-desirable Type-R model, were honed to perfection. 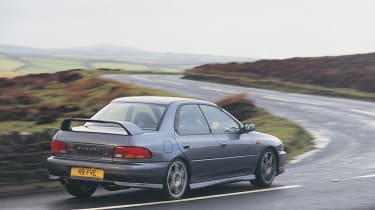 So many Imprezas, but which one to choose? All of the turbocharged Subarus, including the Legacy and even the bonkers Forrester STi, have got something inherently special to them. Early Impreza Turbo 2000 models are fun and fast, but it’s the extreme versions like the 22B, Spec C and Type RA that are perhaps the most legendary. Other worthy models include the special edition RB5, as well as the Prodrive fettled P1. All will make you feel like a rally driver… 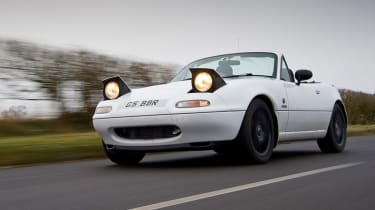 Mazda took all the best parts of the classic British sports car, and built them into a reliable and equally fun package. The Mk1 is the purest, but all the MX-5s display the same qualites, and represent the ultimate in cheap, trouble-free and fun motoring. The 2015 MX-5 has gone back to basics, and is smaller and lighter than the Mk3 it replaces. 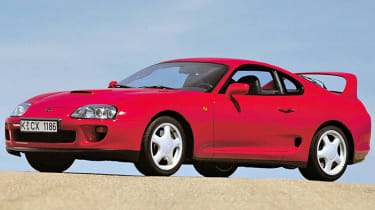 A self-imposed 276bhp power limit was something agreed to by all Japanese manufacturers for many years. Even with the supercar-bashing Supra, Toyota still claimed that max power didn’t exceed this limit, Just like the NSX above. Toyota’s twin turbocharged 2JZ-GTE engine was capable of huge power though, and it became one of the most desirable to the ‘Gran Turismo’ generation. 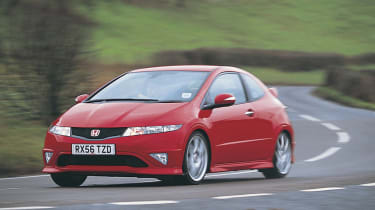 It’s funny how the Civic Type-R developed from the first Japanese market EK9 model, which squeezed an impressive 183bhp from its 1.6-litre engine. It was the high-revving nature of the UK-built EP3 that really captured the heart of the mass-market enthusiasts, with the space age styling of the previous FN2 generation also a strong sell in the highly competitive hot hatch market. All are great fun.

Although we’ve been without a hot Civic for a few years now, we’re on the cusp of driving the next-generation Type-R, which sees the introduction of a turbocharged performance engine. It’s a first for a Type-R, and while it might have the rev-hungry enthusiasts worried, if the claims of a 167mph top speed are accurate, it’s be up there with the greats.

Mazda RX-7 (plus other rotaries)

The RX-7 Coupe had one big selling point through the 1970s, ‘80s and ‘90s: its Wankel rotary engine. Mazda had been playing with rotaries for a while, producing the wonderful Cosmo in the late 1960s, but the real revolution came with the turbocharged RX-7 in 1982. Power steadily grew, right up to the 276bhp RX-7 went out of production in 2002.

Other rotary-powered Mazdas of note include the twin-turbo triple-rotor Cosmo built from 1990 (the largest road-going rotary engine offered by Mazda) as well as most recent RX-8. Poor fuel economy ultimately killed off the unique engine design, sadly. 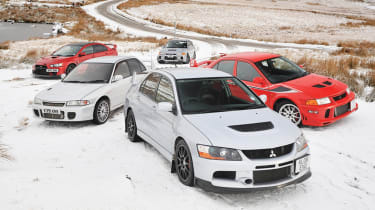 Based on the humble Lancer saloon, the Mitsubishi Evo was initially a bit of an underground phenomenon in the UK, until it started winning rallies in the WRC. The road cars offered something a bit different to the Impreza, and the Evo always felt much sharper and more focused than the cheaper and slightly softer (not to mention more practical) Subaru. Which is best? We reckon it's a close call between the Tommi Makinen Edition and the Evo 9... 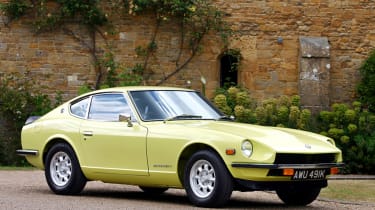 It might not cost as much as the lovely Toyota 2000GT, but the Datsun 240Z was ultimately the more important sports car. Selling huge numbers in the USA, and around the globe, it really did pave he way for every modern Japanese car in this listto succeed in Europe and the USA. 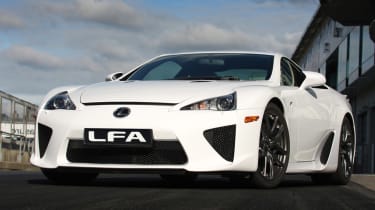 When Lexus decided to go for the supercar market, it really didn’t do anything by halves. There’s a lot to love about the LFA, but it’s crowning glory has to be the completely out of this world naturally-aspirated V10 engine. One of Lexus’s claims is that the Yamaha-designed engine can rev from idle to the 9500rpm limiter in just 0.6 seconds. evo Magazine claimed it to be ‘the greatest high-performance car Japan has ever built’. 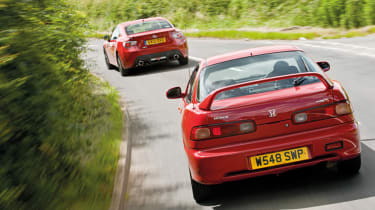 With the Integra Type-R, Honda proved that a front-wheel drive car could be as engaging and effective as any rear driver. Honda stripped out the Integra’s sound-proofing, increased the body stiffness and slotted in a fantastic 1.8-litre VTEC engine, along with a close-ratio gearbox and limited slip differential.

The later DC5 Integra was somewhat different, with a much more aggressive differential, it felt bigger and a lot more brutal. Fun, but different. 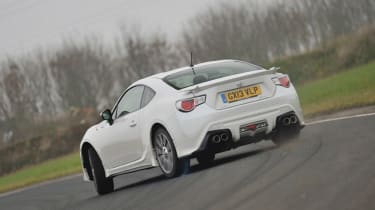 One of the younger cars on this list, the ‘Toyobaru’ was a car that many enthusiasts have been calling out for. Relatively lightweight, naturally aspirated engine, rear-wheel drive and skinny tyres are all the ingredients you need for an engaging and entertaining driver’s car. Despite some criticisms that the GT86 is too expensive, and not powerful enough, it remains one of very few cars built to be entertaining. 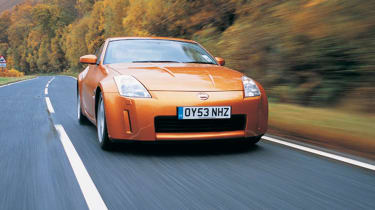 Harking back to the classic Datsun 240Z, the Nissan 350Z was a welcome addition to the Nissan range in 2002. Sold in coupe and roadster form, the 350Z was a fairly big and powerful car for not a lot of money, and appealed to those looking for a more traditional sports car. Replaced by the shorter wheelbase 370Z in 2009, it became slightly more sporting, while recent Nismo tuned versions revitalised the car. 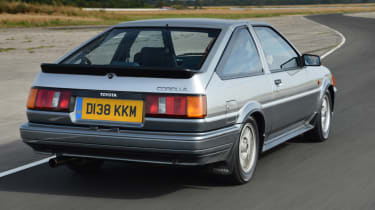 The Toyota Corolla Levin and Toyota Sprinter Trueno, with the chassis code AE86, was a significant car for many reasons. When it was new, a lot manufacturers were moving to front-wheel drive layouts, making the GT86 stand out. With its advanced twin-cam 1.6-litre engine and rear-wheel drive layout, it became a legend within Japanese drifting communities. It’s the car that inspired Toyota to build the GT86, which shares the same ethos. 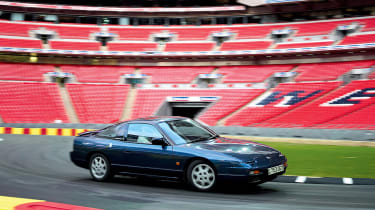 Along with the AE86, the Nissan Silvia/200SX became the default choice for drifters, and the 200SX’s easily tweaked turbocharged engine provided ample power to get you into, and hopefully out of trouble. Numbers of early cars are very thin now, and most have been modified – making an original car surprisingly desirable (and valuable). 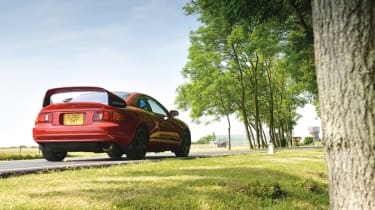 This Group A homologation special was built by Toyota to win rallies, taking on the likes of the Lancia Delta Integrale and later Ford Escort Cosworth. The four-wheel drive coupe featured bulletproof mechanicals and (for the later ST205) a huge rear spoiler. Values are currently very low, compared to European-built rivals. 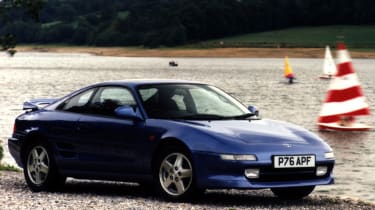 All three generations of the MR2 brought a different flavour of mid-engined motoring to the masses. The very angular 1980s Mk1 made way for the curvy and slightly heavy Mk2 (pictured) – although performance from the top turbo model was particularly ferocious. The lightweight, and full convertible Mk3, is a brilliant little machine and easily a match for the MX-5 on a twisty road.

Other cars that deserve a mention

Thinking of buying a future classic? Then take a look at these potential future classics or read our list of the best cheap sports cars