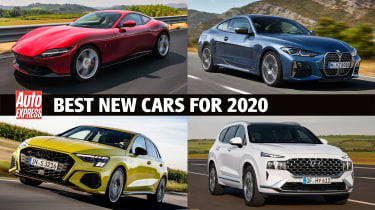 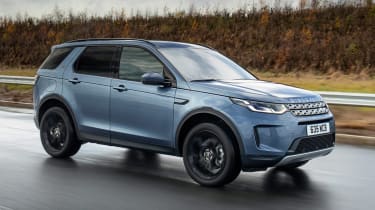 Land Rover has been accused of being behind the curve on electrification, but JLR has started to address the issue with this, the new Discovery Sport PHEV. The latest plug-in hybrid powertrain comprises a new turbocharged 1.5-litre three-cylinder petrol engine driving the front wheels, a 107bhp electric motor mounted on the rear axle and a 15kWh battery pack under the second row of seats. 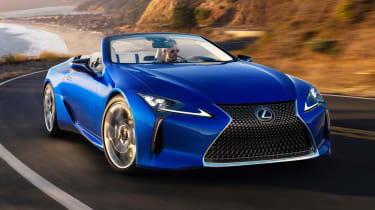 Lexus has finally launched the LC Convertible in the UK, after it made its debut at the Los Angeles Motor Show in 2019.

In place of the coupé’s fixed roof Lexus has added a folding fabric top that can be raised in 15 seconds and lowered in 16. However, additional strengthening means the convertible is 100kg heavier than the hard-top model.

Like the LC Coupé, the Convertible has a naturally aspirated 5.0-litre V8, developing 457bhp and 530Nm of torque. That should be enough for a 0-62mph time of around five seconds and a top speed of 160mph. 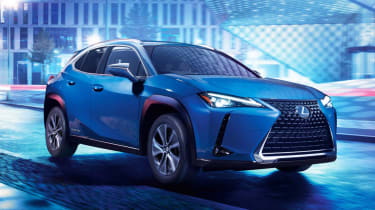 Lexus has launched a new, pure-electric version of the UX to rival the Volvo XC40 Recharge (below). It has a maximum claimed range of 196 miles and unlike the Volvo, the Lexus qualifies for the £3,000 plug-in car grant.

There’s a generous amount of standard equipment, too; buyers get 17-inch alloys, automatic LED headlamps, a reversing camera and a seven-inch infotainment system. 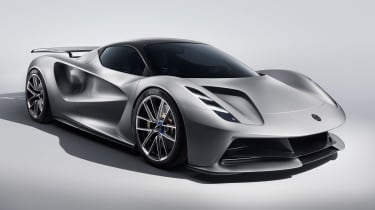 The launch date for the Lotus Evija is drawing nearer – and it’s shaping up to be a worthy rival for the Pininfarina Battista.

The supercar is powered by four electric motors, giving have a combined output of 1,972bhp and 1,700Nm of torque – enough to make the Evija the most powerful production car in the world. Lotus says the Evija will dispatch 0-62mph in less than three seconds, before reaching a top speed of more than 200mph. And thanks to its 70kWh battery pack, the Evija can cover a claimed 250 miles between charges. The 765LT is McLaren’s answer to the Ferrari 488 Pista. It’s a more powerful, more focused and fastidiously lightened version of the standard 720S, boasting uprated components such as a titanium exhaust, carbon ceramic brakes and a carbon fibre aero kit. 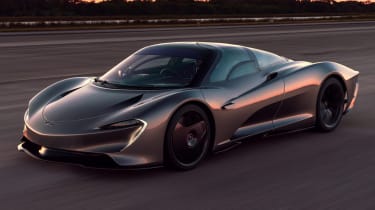 McLaren is applying the finishing touches to its Bugatti Chiron rival: the Speedtail. It has been designed as a spiritual successor to the company’s F1 and will sit at the top of McLaren’s Ultimate Series, acting as the halo model for the British brand’s line-up.

The Speedtail is powered by a petrol-electric hybrid powertrain built around McLaren’s twin-turbocharged 4.0-litre V8. The system has a total output of 1,036bhp and, thanks in part to the aerodynamic efficiency of its elongated rear end, the hypercar has already reached speeds of 250mph during testing. 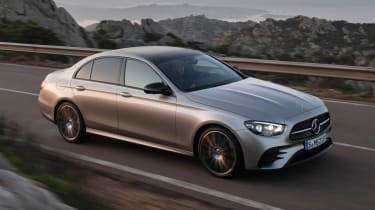 Mercedes has a number of pure-electric cars in the pipeline, but that doesn’t mean the company is ignoring its staple models. Enter the facelifted E-Class, which gets styling tweaks, powertrain upgrades and a refreshed cabin with some useful new tech. Even entry-level editions now get a pair of 10.25-inch screens across the dashboard.

Stuttgart’s rival for the BMW 5 Series (also updated this year) has an impressive range of powertrain options, with electrically assisted diesel and petrol editions joined by plug-in hybrids based, unusually, on both fuel types. 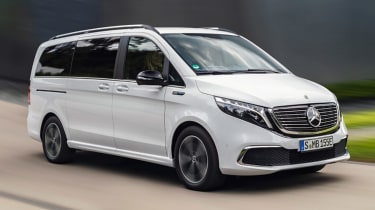 No area of Mercedes’ line-up can escape electrification right now – and that means a pure-electric ‘limo bus’ has joined the range: the EQV. The zero-emissions version of the V-Class airport-shuttle regular has a 90kWh battery mounted under its floor, which offers around 213 miles between recharges without affecting the V-Class’s trademark versatile seating. In fact, this model can be used as a six, seven or eight-seater.

A single front-mounted electric motor produces 201bhp, which is more than enough to propel the hefty 3.5-tonne people mover to a top speed of 99mph. 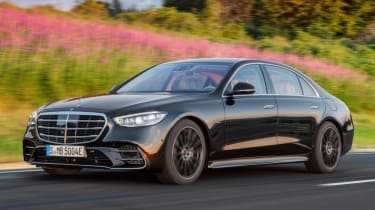 The new Mercedes S-Class picks up where the sixth-generation car left off as a flagship for the brand, not just from a luxury perspective, but also a technological one.

The exterior redesign follows the path set out by the latest E-Class, but the interior is a different ball game, with a completely new design and second-generation MBUX infotainment. At launch, petrol and diesel versions are all covered by two 3.0-litre straight-six engines, but Mercedes has promised a V8 variant with 48V mild-hybrid tech. 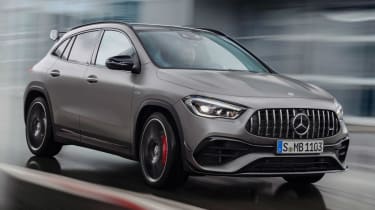 Earlier this year, Mercedes launched an AMG 45 version of the GLA. It uses the same 2.0-litre four-cylinder petrol engine and running gear as the AMG A 45 hot hatch. And this means that the compact crossover has a total output of 415bhp, a 0-62mph time of 4.4 seconds and a top speed of 155mph.

To help control all that extra power, Mercedes has also fitted the GLA with bigger, six-piston brakes, adaptive dampers and a sophisticated traction control system. There are a few styling tweaks too, such as an aggressive bodykit, new alloy wheels, a quad-exit exhaust system and a huge rear wing. 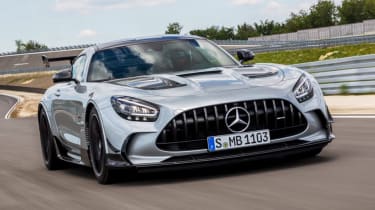 This is the AMG GT’s sign-off variant: the Black Series. It’s the most extreme version of the coupé to date and draws heavy inspiration from the company’s AMG GT GT3 race cars.

Power comes from a heavily modified version of the standard car’s twin-turbo 4.0-litre V8 engine. Race car add-ons take its output to 720bhp and 800Nm. The AMG GT Black Series has already proved its performance credentials by setting a new lap record for production cars around the Nurburgring. 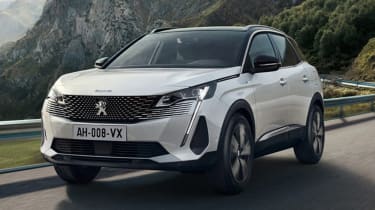 The 3008 is arguably the model that kick-started Peugeot’s current purple patch, so the recently revealed facelifted model doesn’t really play around with the recipe too much.

Customers will get a refreshed front end and revised tail-lights that bring the family SUV more in line with Peugeot’s latest design direction, as well as fresh alloy wheels, but the mechanicals remain basically unchanged.

There are some significant upgrades in the cabin, though, with a crisper display for the 12.3-inch digital instrument panel and a new higher-resolution 10-inch screen for the central infotainment system.