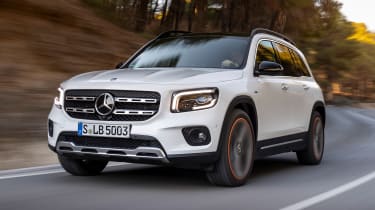 It seems like only yesterday, but Jaguar’s handsome F-Pace swept onto the SUV scene back in 2016, and next year it’ll benefit from a mid-life refresh. We’ve already seen disguised prototypes testing on the road, and while the tweaks to the styling are likely to be subtle, the introduction of much-improved in-car tech and plug-in hybrid powertrains is the most significant development.

Under the bonnet, the PHEV system is set to combine a 1.5-litre three-cylinder engine with an electric motor, enabling strong performance and potentially tiny fuel bills. Inside, the F-Pace will aim to lead the class for infotainment tech, with a pair of dash-mounted touchscreens, a digital driver’s display and a digital rear-view mirror. It’s likely that two models – Core and R-Dynamic – will be offered. 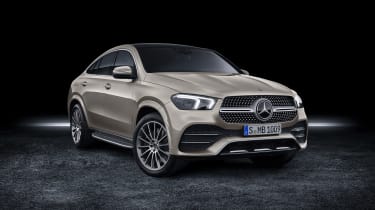 A new version of the F-Type arrives in showrooms this year. It’s on sale now from a little over £54,000 and sports a heavily restyled nose, an updated range of four- and eight-cylinder petrol engines and a tweaked interior with fresh technology.

The most noticeable difference is the F-Type’s reworked front end. The old model’s E-Type-inspired styling has been replaced with a look that’s more similar to that of Jaguar’s all-electric I-Pace, albeit with a lower and squarer look.

Jaguar has also tweaked the F-Type’s engine range, which brings both good and bad news. The firm has ditched the flagship SVR model, along with both supercharged 3.0-litre V6 engines and the manual gearbox option. It means the F-Type can only be specced with a 296bhp turbocharged 2.0-litre four-cylinder or a supercharged 5.0-litre V8, with either 444bhp or 566bhp. However, all have been retuned and a rear-wheel-drive edition has joined the range.

Inside, all F-Types get a 12.3-inch digital instrument cluster, while the central infotainment screen now offers support for Apple CarPlay and Android Auto as standard. 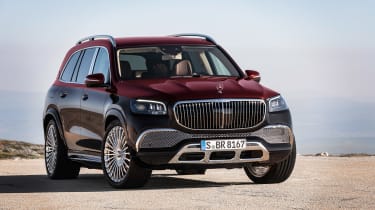 In a class filled with talented competition such as the Audi A6, BMW 5 Series and Mercedes E Class, it often seems like the Jaguar XF is a forgotten contender for class honours. But the British company hopes to rectify that with a substantially updated model due in 2020.

Testing mules that we’ve spied so far have been so well camouflaged that it’s hard to pick out too many details from the outside. But expect slimmer, sharper LED headlights and refreshed bumper designs both front and rear.

What’s also certain is that the saloon will get much-improved in-car technology, as well as substantial cosmetic interior upgrades. The XF’s cabin will be brought up to date courtesy of Jaguar’s latest infotainment set-ups. This new arrangement will consist of a 12.3-inch digital driver’s display, part-touch/part-physical twist dials for the climate control, and a wide touchscreen display that will introduce Apple CarPlay and Android Auto.

Although there won’t be a plug-in hybrid edition of the XF, new mild hybrids will appear. 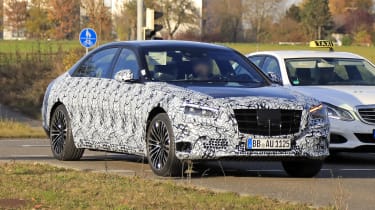 Jaguar’s flagship XJ will be leading the charge for the British manufacturer as the saloon switches to all-electric power when it arrives next year. The new XJ will be the first electric car to be built at the revamped Castle Bromwich plant in the West Midlands, which has undergone significant retooling to be ready for electric-vehicle production.

The new XJ will feature a full-width light bar and will show some influences from the brand’s latest XF saloon, including a sharply defined bootlid, a centrally mounted badge and bold Jaguar lettering. The next-generation XJ is being designed and developed by the team responsible for Jag’s premium electric SUV, the I-Pace. This Auto Express image previews how the new Jaguar XJ could look when it makes its full debut late next year. 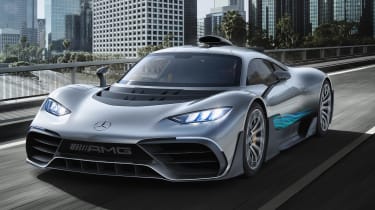 Kia’s new Soul EV is ready to take the UK electric market by storm, with attractive pricing, sharp looks and an impressive powertrain. The electric-only Soul has a 64kWh battery pack, with its single electric motor providing 201bhp and a generous 395Nm of torque. That translates to a 0-62mph time of 7.1 seconds, but more importantly, the Soul EV has a WLTP range of 280 miles on a charge.

Just a single high-spec version of the car will be available, complete with goodies such as heated leather seats, wireless smartphone charging, and a 10-inch infotainment system with Apple CarPlay and Android Auto, plus a 10-speaker Harman Kardon audio system. Priced at £33,795 including the £3,500 government grant, the Soul EV is one of the least expensive EVs offering a range over 200 miles. 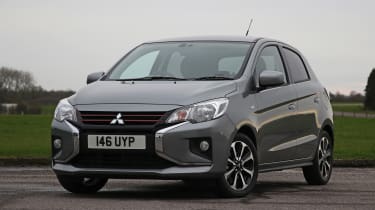 The stunning Lexus LC coupé will get a performance boost in 2020 with an F version, caught here in disguise during testing. The high-performance LC will have a more aggressive look thanks to a wider and deeper front bumper, side skirts and flared wheelarches over wider alloy wheels, while a more substantial exhaust system hints at extra power.

Rather than using a tuned version of the current LC 500’s V8, the LC F is expected to use a new twin-turbo V8 with up to 600bhp. The LC F will be a further addition to the range, following the confirmation of the LC Convertible, also expected next year. Rear or four-wheel-drive options will be available to buyers. 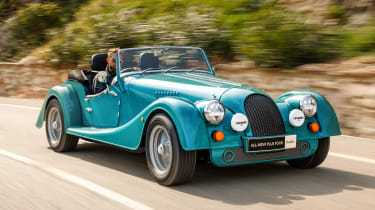 It has been inspired by Le Mans sports cars and F1 racers, so it’s a significant departure from the company’s current range. Its performance comes from four electric motors – one housed in each wheel – while the spectacular body clothes a carbon-fibre chassis.

The 70kW battery is supplied by Williams Advanced Engineering, promises a 250-mile range, and can be fully recharged in 18 minutes – once an 800kW charger exists. But there’s one more mind-blowing stat: each of the 130 Evijas will be priced from £1.7million.