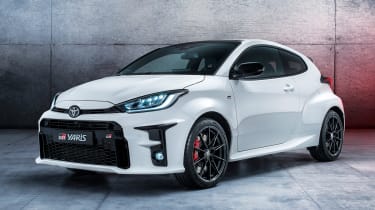 Peugeot’s popular 2008 crossover has been given a fresh new look inspired by its 3008 sibling, with some new hardware underneath to keep pace with an increased number of competitors. Riding on the latest CMP small-car platform means the new 2008 will be available with petrol, diesel and all-electric powertrains, regardless of trim level. Peugeot claims the pure-electric e-2008 will be able to cover 193 miles on a single charge.

The switch to this platform also allows the 2008 to grow in size. Its wheelbase has increased by 60mm and the new car itself is 140mm longer. This contributes not only to increased passenger space in the cabin, but also to a boot that can carry an extra 10 litres of luggage. 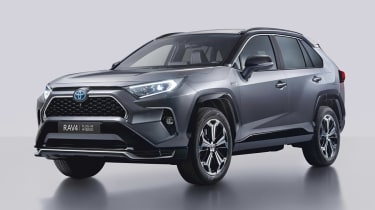 Peugeot is going on the hybrid offensive, with the first of its new range being this, the 3008 Hybrid 4. Powered by a 1.6-litre four-cylinder petrol engine and a 13.2kWh battery pack driving two electric motors, the 3008 Hybrid 4 uses the petrol engine to drive the front wheels via an eight-speed automatic gearbox, and the motors power the rear wheels to give a four-wheel-drive arrangement. The combined output of 296bhp provides the car with useful performance, with Peugeot claiming a 0-62mph time of only 5.9 seconds. On electric power the Hybrid 4 can cover 36 miles, and under WLTP tests it emits only 29g/km of CO2 and returns 217.2mpg. The Hybrid 4 will be available in GT trim, which brings an eight-inch infotainment screen and leather. 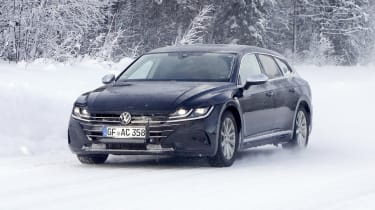 Peugeot is set to put its 508 Sport Engineered concept into production next year. Combining a 1.6-litre 197bhp petrol engine with twin electric motors will give the 508 a total output of around 350bhp, enough to power it from 0-62mph in less than five seconds and on to a top speed of 155mph. Running on purely electric power (using a 11.9kWh battery pack), the PHEV Peugeot will have a range of approximately 31 miles, while CO2 emissions are rated at 49g/km under WLTP rules.

The 508 Performance Hybrid will get a more aggressive look than the rest of the range, thanks to a sharper front bumper, bigger side skirts and larger alloy wheels. The concept’s carbon-fibre door mirrors are unlikely to make it to production but the interior’s i-Cockpit layout, sports seats and 12.3-inch instrument screen will. 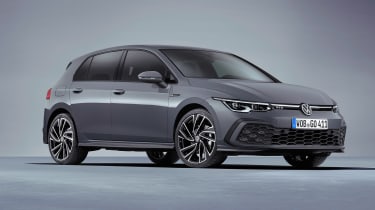 The 2020 GT3 is one of the most hotly anticipated versions of the latest Porsche 911, and it has been captured by our spy photographers ahead of its official announcement. While it carries over design cues from the 992 Carrera models, such as the full-width rear LED lights, the GT3 is marked out by a vast rear wing, flared wheelarches and a more aggressive front bumper design, all made with additional downforce in mind. A version with a smaller, adjustable spoiler may be on the way, too.

Although the rest of the 911 models are all turbocharged, the GT3 will stick with a naturally aspirated flat-six engine derived from the outgoing version for the ultimate throttle response, with a power output likely to exceed 500bhp for the first time. The current car has ‘only’ 493bhp. 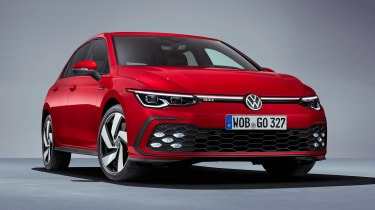 Porsche’s Panamera super-saloon is getting a mid-life refresh, with a host of updates to bring it in line with the forthcoming Taycan. The Panamera gets a tweaked front bumper with fresh LED running lights; at the rear the diffuser and tailpipes are new, while the light bar has been redesigned for a cleaner look.

With the Taycan leading Porsche’s push towards electrification, the hybrid models are expected to receive detail improvements, including a larger- capacity battery pack for improved performance and extended range. The 2.9-litre V6 and 4.0-litre V8 models will continue, with minor improvements offering gains in efficiency and performance. 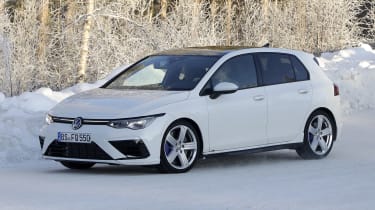 With the Taycan set to shake the EV world with its remarkable performance, Porsche is wasting no time with a spin-off car, called the Taycan Cross Turismo. Previewed by the Mission E Cross Turismo at last year’s Geneva Motor Show, the new model will mix elements of the Macan crossover and Taycan saloon to create a more practical all-electric performance car.

Sharing the latest-generation electric powertrain with the saloon version, the Taycan Cross Turismo has two permanent-magnet synchronous motors and an 800-volt architecture, providing over 600bhp, a 310-mile range and a fastest charging time of 15 minutes. Front and four-wheel-drive variants will be available. 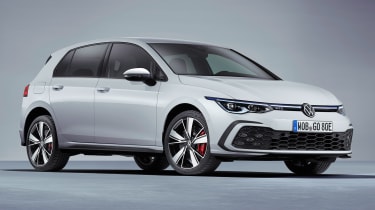 The second generation of Renault’s big-selling Captur compact SUV is on its way, with the aim of beating a wealth of fresh rivals. Like the new Clio, the upcoming Captur switches to the CMF-B platform, helping to cut weight despite an increase in length of 110mm and an extra 20mm in width. That results in a bigger boot capacity, now at 536 litres, and more space for passengers. A plug-in hybrid version will also be available for the first time, mixing a 1.6-litre petrol engine with a 9.8kWh battery and twin electric motors. Buyers also have the choice of three petrol and two diesel engines. Inside, there’s a portrait-style 9.3-inch touchscreen with a 10.2 digital instrument cluster.